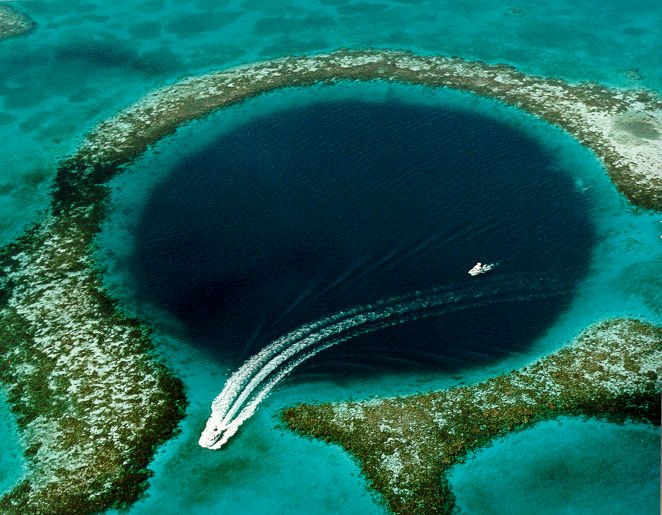 Mariana Trench, crescent-shaped scar on the earth’s crust , world’s oldest sea bed, is the deepest part of any ocean in the world and has mystery life surrounding it. Not  surprisingly,  It is also referred to as another planet in the deep-sea ocean.

Trench length is about 2,550 km (1,580 miles) and an average width of 69 km (43 miles). Some repeated measurements has placed the deepest portion at 11,034 meters (36,201 ft.) and located in the western Pacific Ocean, approximately 200 kilometers (124 mi) to the east of the Mariana Islands, in the western Pacific East of Philippines.

After reading the above explanation, you may feel more curious about the unexplored frontier of the Earth. In fact, some of the things are more interesting than you ever imagine. Surprisingly, an exploration of the moon is still more widespread, and easier than an exploration into this deepest trough.

5. High Underwater Pressure That Makes Your Body Crumbles Into Pieces. 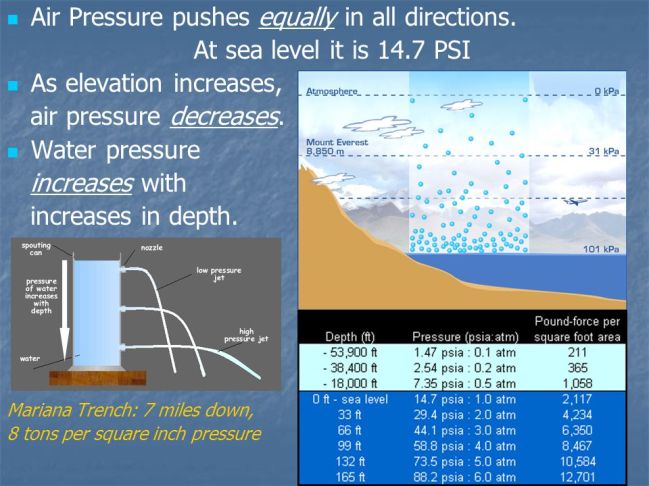 The pressure inside sea is generally higher than that of land or even atmosphere. For example, underwater swimmer experiences pressure that depends on the deeper he goes in the sea.

The standard pressure at sea surface is 1 atm (15-pound-force per square inch – psi). This pressure gets increased to almost 1000 times in the deepest part of the ocean. Such an enormous force of pressure is equivalent to 50 units of the worlds largest jet plane or 1600 African elephants piled on a human body.

4. The Hadal Zone, The Deepest Zone In The Ocean With A Little Exploration Ever Done. 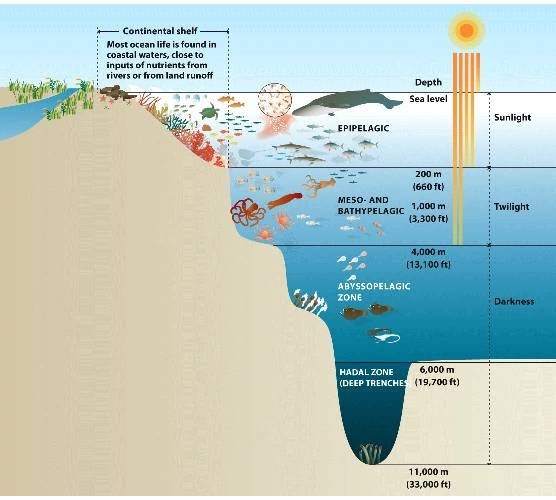 There is no story of a man who has ever dived without the use of special tools or vehicles into the Abyssal Zone.

The first descents were Jacques Piccard and Don Walsh reached the bottom of the Mariana Trench, the deepest known trench on Earth, in 1960 and James Cameron (a Director of Titanic movie) reached the bottom using the Deep sea Challenger in 2012.

Ironically, Hadal zone is also referred as a dead zone, which is also inhabited by some strange and undiscovered species.

3. There Are Many Creepy And Strange Species That Gladly Make You As A Dinner Dish. 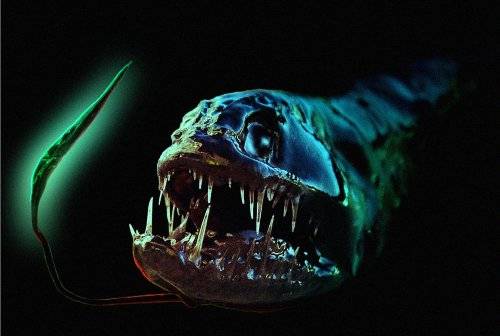 Through a well-known exploratory mission, scientists discovered several facts about the animals living on the deepest floor of the ocean and dead zones that even the sunlight cannot penetrate.

These expeditions happened on the trench only for 2 hours 34 minutes though managed to get good images of few living creatures. Animals observed in this territory are like Amphipods, giant prawns, slugs and other vertebrate animals.

There are some fish with a frightening appearance, called deep-sea angler, which has a  large-mouth likes with sharp, a fang-like teeth and a light producing organ known as a photophores attached to its spine.

This vicious sea fish uses this organ to attract its prey. When the prey fish gets close enough, the angler snaps it up with its powerful jaws. These characteristics that make them possible to live comfortably in the dark field of the sea. 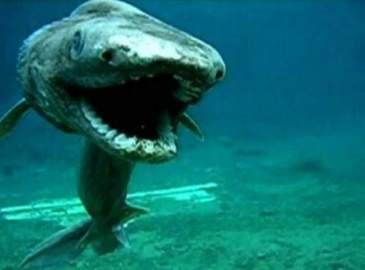 This trench also hosts to another dreadful animal, frilled shark, a.k.a living fossil, has insane 300 teeth in its mouth that are aligned in twenty-five rows and each of them is backward facing, can reach up to six feet in size and strike its prey like a snake.

Since these animals live in the bottom of the Sea, where nutrients are almost absent. Thus the bones of frilled sharks have low calcium.

2. The Megalodon Shark Master Of The Inner Oceans.

According to the myths in circulation, many observers talking about Megalodon sharks still live and hide quietly at the bottom of the Mariana Trench. Although already declared extinct, but the possibility of ancient sharks that can reach tens of meters in length with weights to hundreds of tons is still widely believed to exist.

The Great White Shark, known as one of the most vicious marine predators on earth, has been recorded to have dived to depths of more than one kilometer but Megalodon was known to live much deeper than that.

Although there has not been much deep-sea exploration done by humans, and there is still no evidence or documentation about Megalodon sharks, but this may still be very likely it could exist.

We just need to wait until scientists find super-sophisticated technology that allows us to plunge into the ocean floor with equipment to conclude its extinct.

1. The Depth Of The Mariana Trench Exceeds The Height Of Mount Everest. 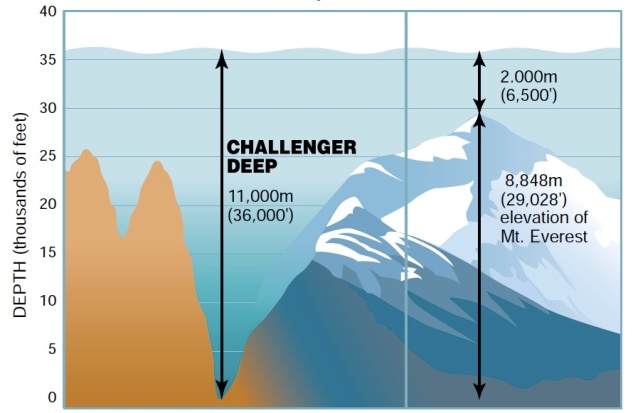 One example of researchers is to find out how deep Mariana Trench by comparing it to The Mount Everest. If the summit peak of Everest is made upside down to the Mariana Trench, its peak will reach a height of 29,029 feet and with that height, Everest is still inferior to the depth of Mariana Trench. 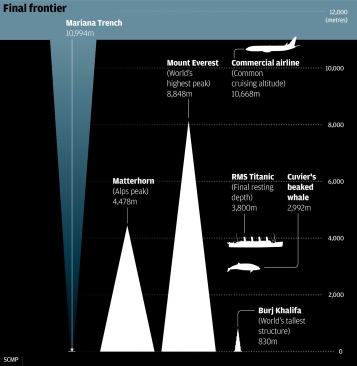 To reach the deepest point of The Mariana Trench, you have to cross 10 times of The Kapuas River (the longest river in Indonesia).

Or you have to climb 12 times of The Tower Burj Khalifa, the tallest building in the world today.

Even after human reached this unfathomable depth, Marina trench remains one of the mysterious places in our lifetime.