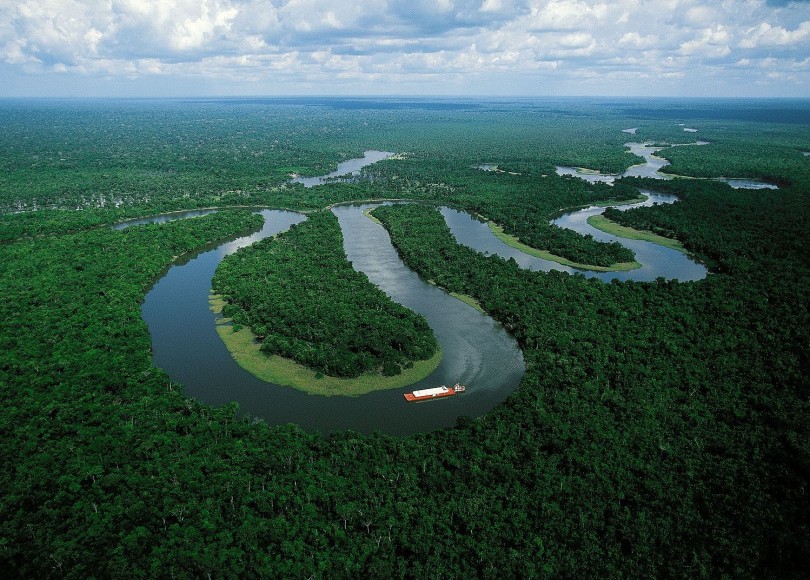 The Amazon is a vast territory that stretches across eight rapidly developing countries: Brazil, Bolivia, Peru, Ecuador, Colombia, Venezuela, Guyana, Suriname, and French Guiana, the overseas territories of France. The Amazon region is also one of the unexplored place on our earth.

Amazon influence on our earth’s health is such an extent that any impact on Amazon’s environment, it will destabilize on our earths. For instance, Rain forests, which contain 90-140 billion metric tons of carbon, helps to stabilize the local and global climate. Deforestation may release large amounts of carbon, which could bring catastrophic consequences worldwide.

The Amazon region is one of the richest ecosystems in the world. There are a variety of animals and plants that live and grow very naturally in the Jungle. The landscape contains: One of ten known species on Earth, 1.4 billion hectares of dense forest, 4,100 miles of winding rivers, and 2.6 million square miles in the Amazon basin, about 40 percent of South America.

The Amazon River, commonly abbreviated as The Amazon, in South America is the largest river with the high water volume discharge in the world, and the second longest river on the planet with its basin has a length of about 6,992 km and empties into the Atlantic Ocean.

Interestingly, many wild and deadly animals remain in the depths of the world’s longest river. Some of them have a unique shape, fierce and dangerous. If you are wondering what these creatures are, please see the reviews below. 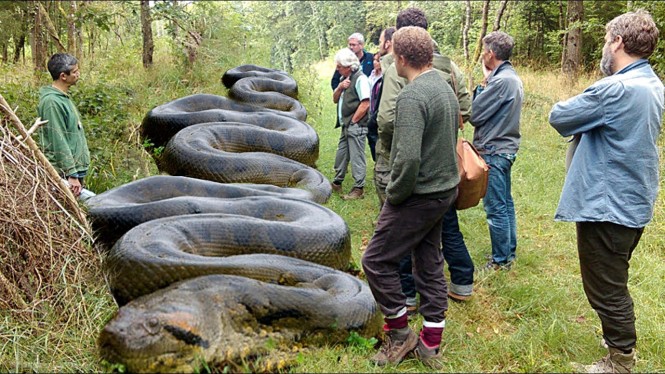 The Amazon River is home for the native habitat of the world’s largest snake, anaconda. We know that the python is the world’s longest snake, but the anaconda has a much bigger and heavier weight. Female snakes are able to weigh up to 250 kg, length 9 meters and body diameter 30 cm, far exceeding the size of the male snake.

Their size makes them sluggish on land so they spend a lot of time in the water. They are powerful and graceful swimmers, and, with just their eyes and nostrils poking out of the water, can easily surprise their prey. The snakes are usually olive-green to brown with black ‘eye-spot’ blotches. 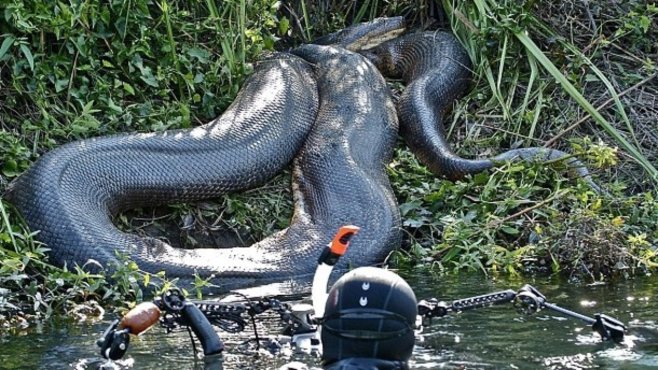 And what kind of food does this giant snake eat? Anything that moves and edible – usually fish, birds, reptiles and mammals (including humans). Green Anacondas are not poisonous and kill with a circle around its prey and then strangle or drown it.

Although anaconda does not have toxins like a cobra, but with its large body, anaconda will wrap the body of its prey until its prey chokes due to lack of oxygen. Just by looking at the shape of its body we know that this animal is a horrible animal that we do not want to meet while in the Amazon basin.

Big does not mean it’s always the most dangerous. The little creature was even horrible enough to live in the Amazon river. However, this little fish can even give horror to humans. Candiru fish is a fish that is very easily attracted to urine. The candiru (Vandellia cirrhosa) is a small catfish with a length of only 3 to 5 cm. It is also known as toothpick fish because of its slender body shape.

So if there is a urinary smell in river, it will trigger Candiru fish to approach. With its small size, Candiru will enter the urinary tract and start sucking blood from the victim. Noted there is documentation where the case of a man who must be operated to release this small fish from the urinary tract. 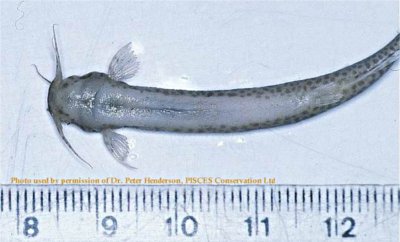 One such event, 23 year old Silvio Barbosa was  urinating into the Amazon River at Itacoatiara where he was attacked by a candiru. He described how the fish swam straight up the stream of urine and entered into his body. Although he tried to grab the fish’s tail as it entered it slipped away into his urethra. Barbosa was treated by urologist Dr Anoar Samad in a 2 hour operation to remove the candiru which he filmed. 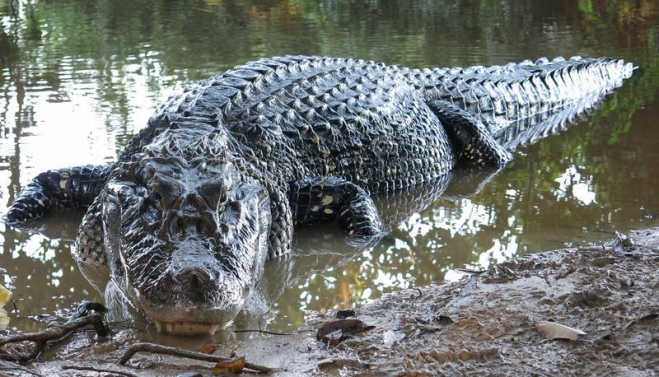 Black Caiman can grow up to 6 meters. This type of reptile is one of the terrorizing animals that inhabits in the Amazon river. When compared with the Nile crocodile, the Caiman is much larger in size. That is why Caiman crocodiles use steroids.

Adult male black caimans often grow longer than 13 feet (about 4 meters); larger specimens have been known to attack people. The Worldwide Crocodile Attack Database (CrocBITE), notes that between January 2008 and October 2013, black caimans were involved in 43 attacks on people, and fewer than one-fifth of those were fatal. 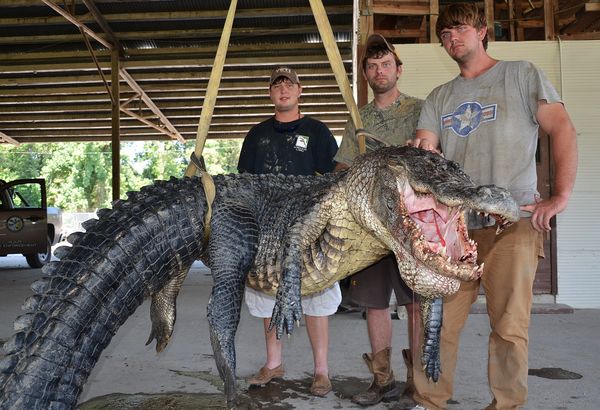 Black caimans are also known to have a broad diet, feeding on fish and other reptiles as well as rodents such as the capybara (which can grow as large as 4 feet [1.25 meters] long). And Holding the title of the River King, Caiman will prey on anything that cross  its territorial waters. The prey could be human, ape, deer, even anaconda. 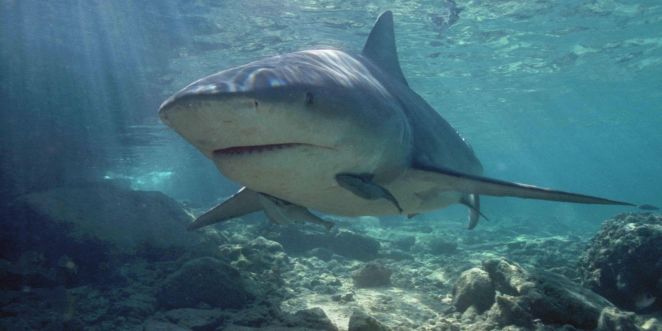 Technically, sharks are known as predators in sea water, but this is different for bull sharks. Bull sharks are very fond and able to adapt fresh water. Bull sharks are found wandering the Amazon River, nearly 4,000 meters from the ocean above.

One of the most dangerous animals on the Amazon River has a special kidney that can detect water differences and adapt quickly to its new environment. The bull shark is able to grow up to 3.3 meters and weighs up to 312 kg. 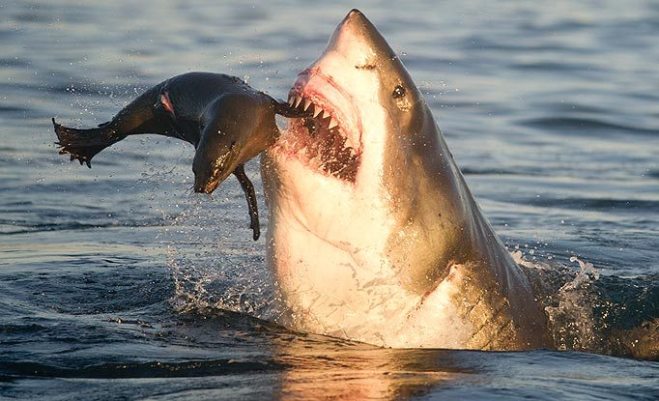 With these characteristics,  bull sharks is considered as the most dangerous sharks in the world. Historically, they are joined by their more famous cousins, great whites and tiger sharks, as the three species most likely to attack humans.

They are found roaming the shallow and warm waters of all the oceans of the world. Fast, agile predators, they will eat almost anything they see, including fish, dolphins, and even other sharks. Humans are not, exactly, on their favorite menu. However, they often use turbid water and cloudy bay, and often attack people by accident or by curiosity about human flesh. 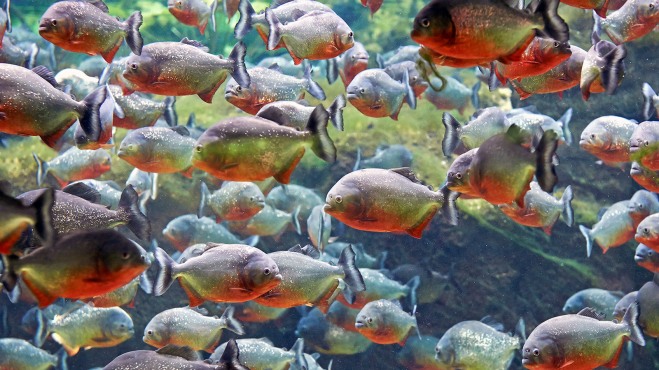 The red-bellied piranha or red piranha (Pygocentrus nattereri) — is a predatory fish kind and it belongs to piranha Serrasalmidae subfamily , which is one of the most well known kinds of piranha.

This fish lives in a large population that spends most of its time in search of prey. This piranha fish is rather gluttonous, always hungry and needs a lot of food. Therefore, this predator can live only in waters rich in fish. 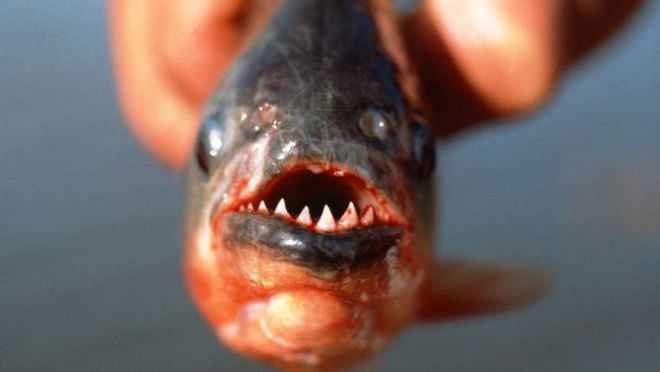 Red bellied piranha have become famous symbols in the Amazon river as one of the most dangerous animals in the river. In general, Piranha fish hunt in groups and only attacks when the victim is caught sick. Immediately after finding the injured prey, the Piranha fish gang will kill its victim and eat it up to the bone.

More often red bellied piranha can be encountered in some shallows, in the depth and in the muddy waters. Again, as one of the most known piranha kinds, it has a reputation of a freshwater predator, that is dangerous both to human and animals.